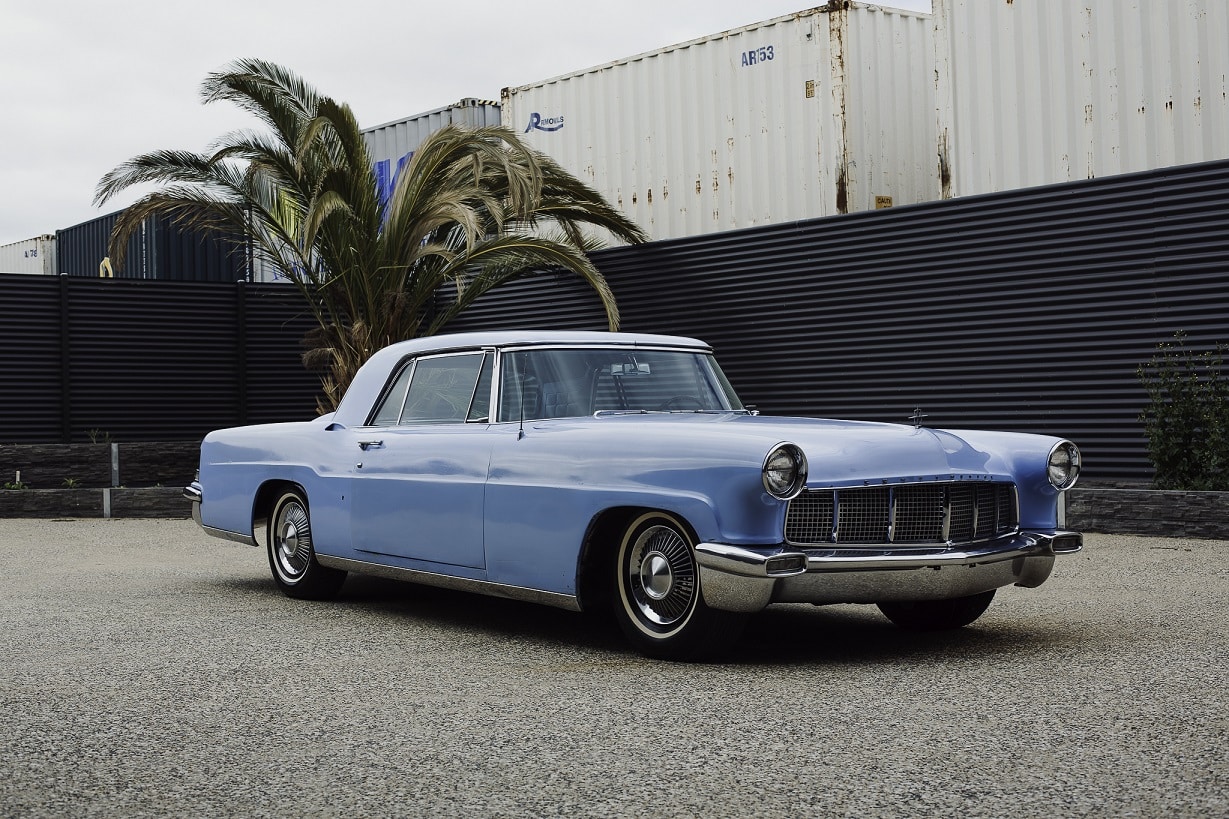 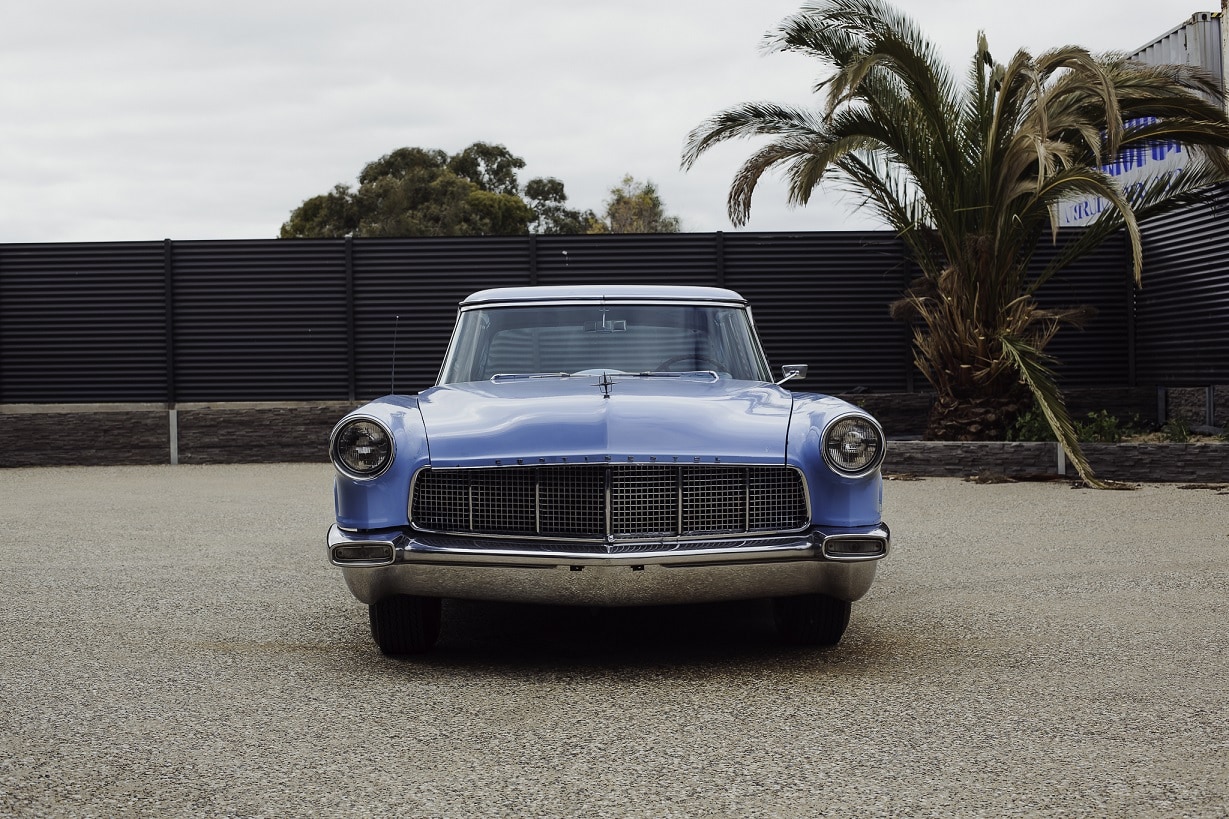 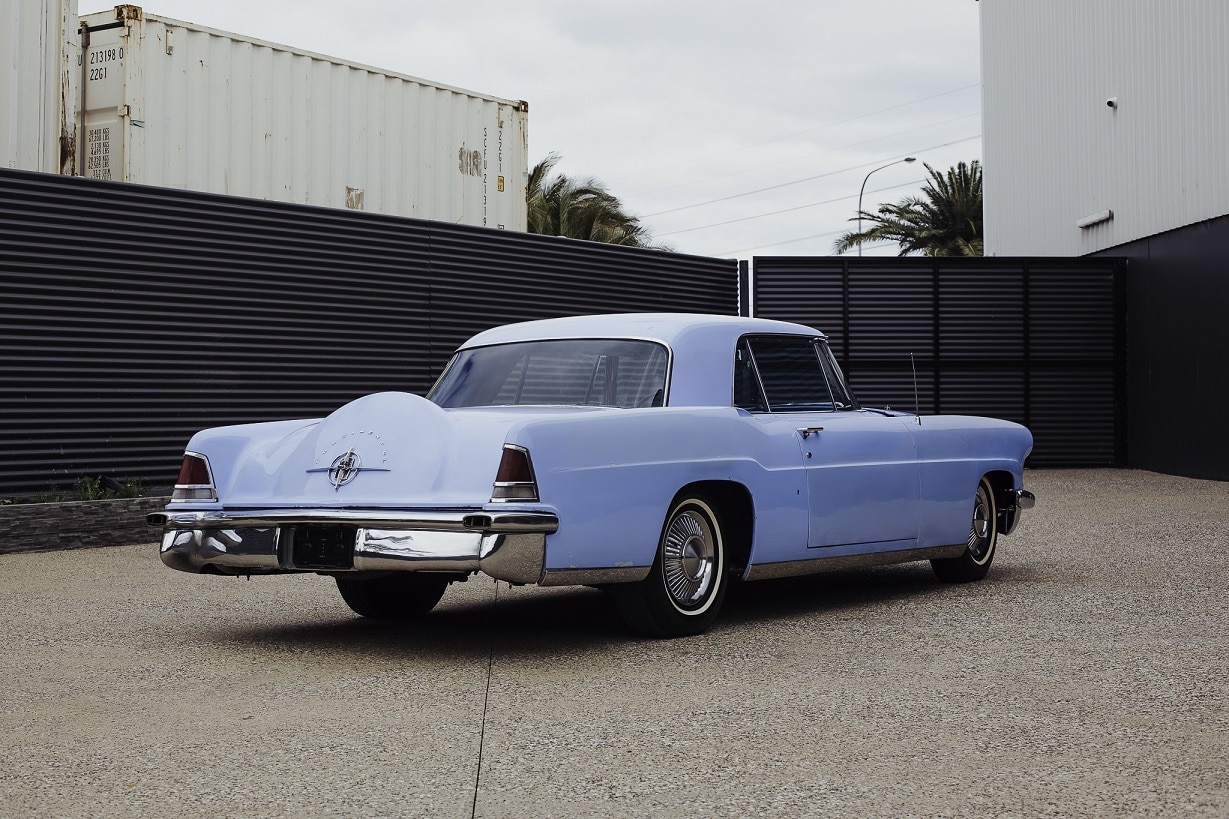 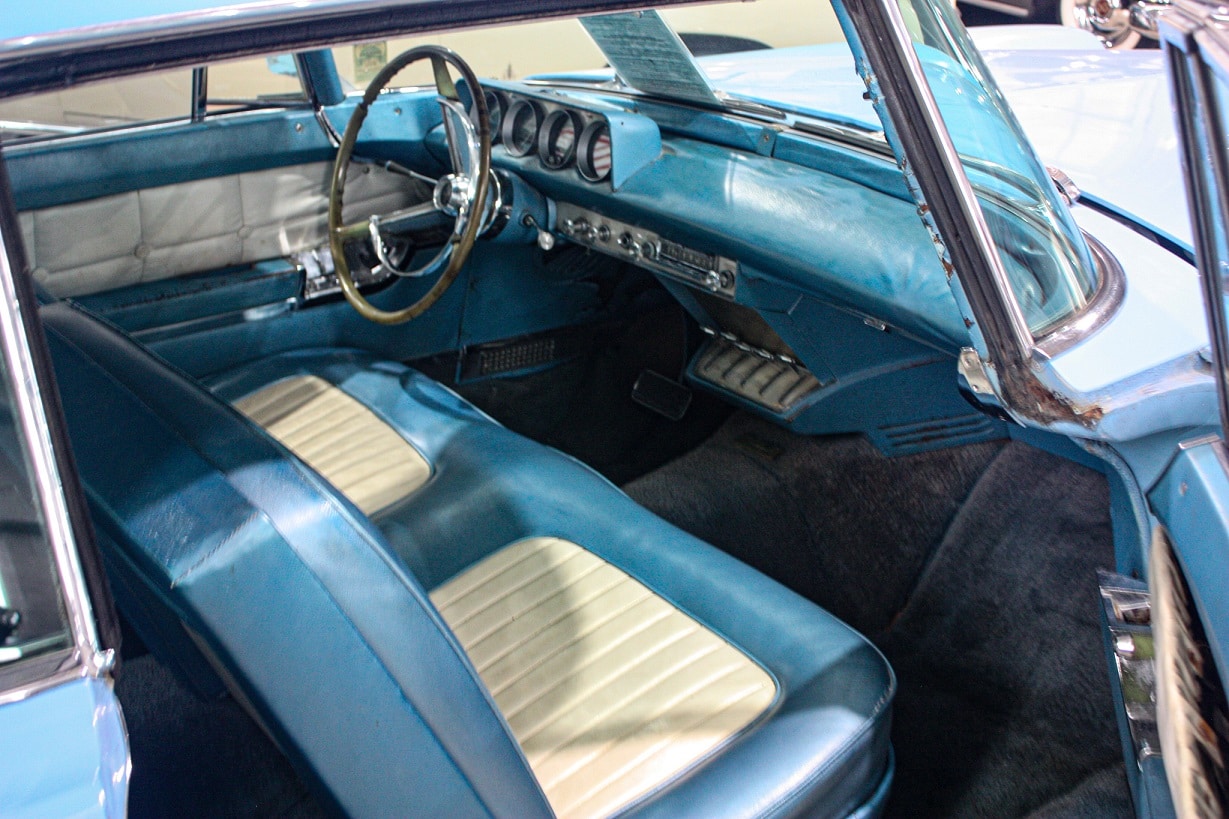 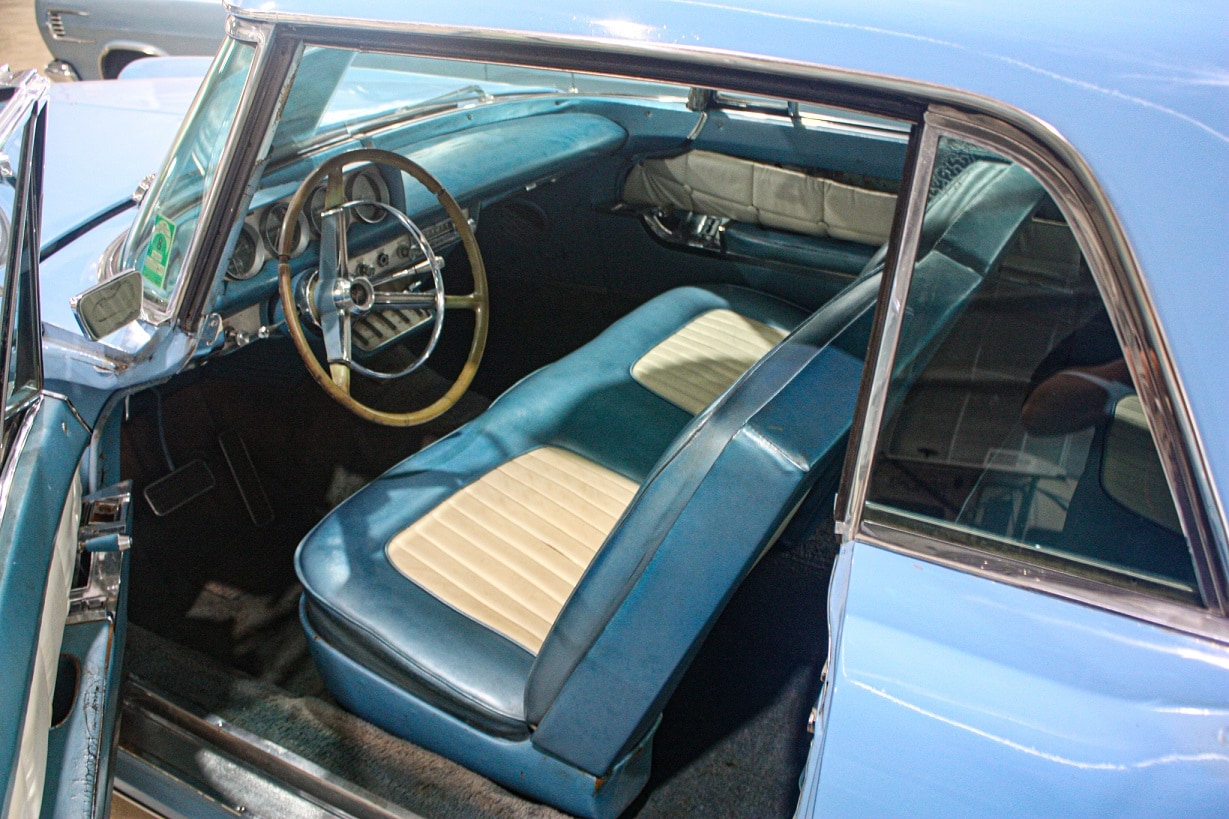 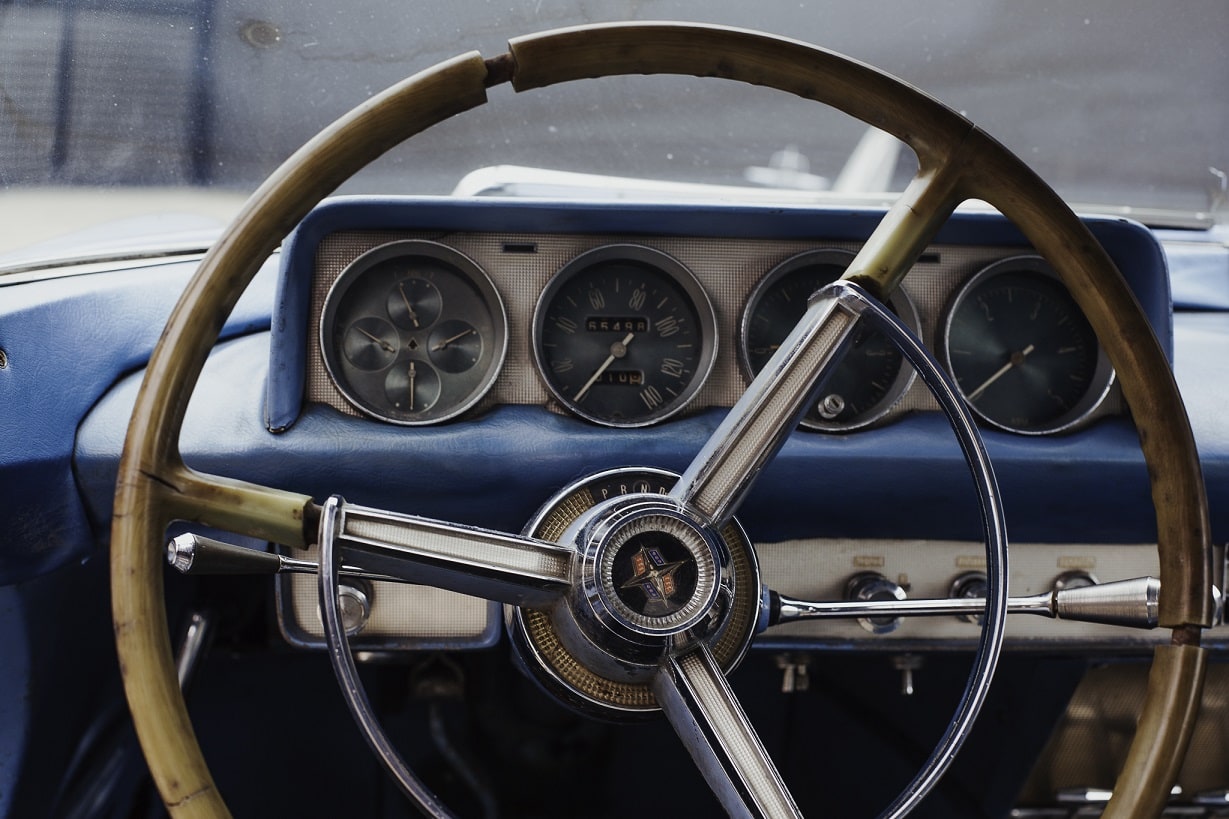 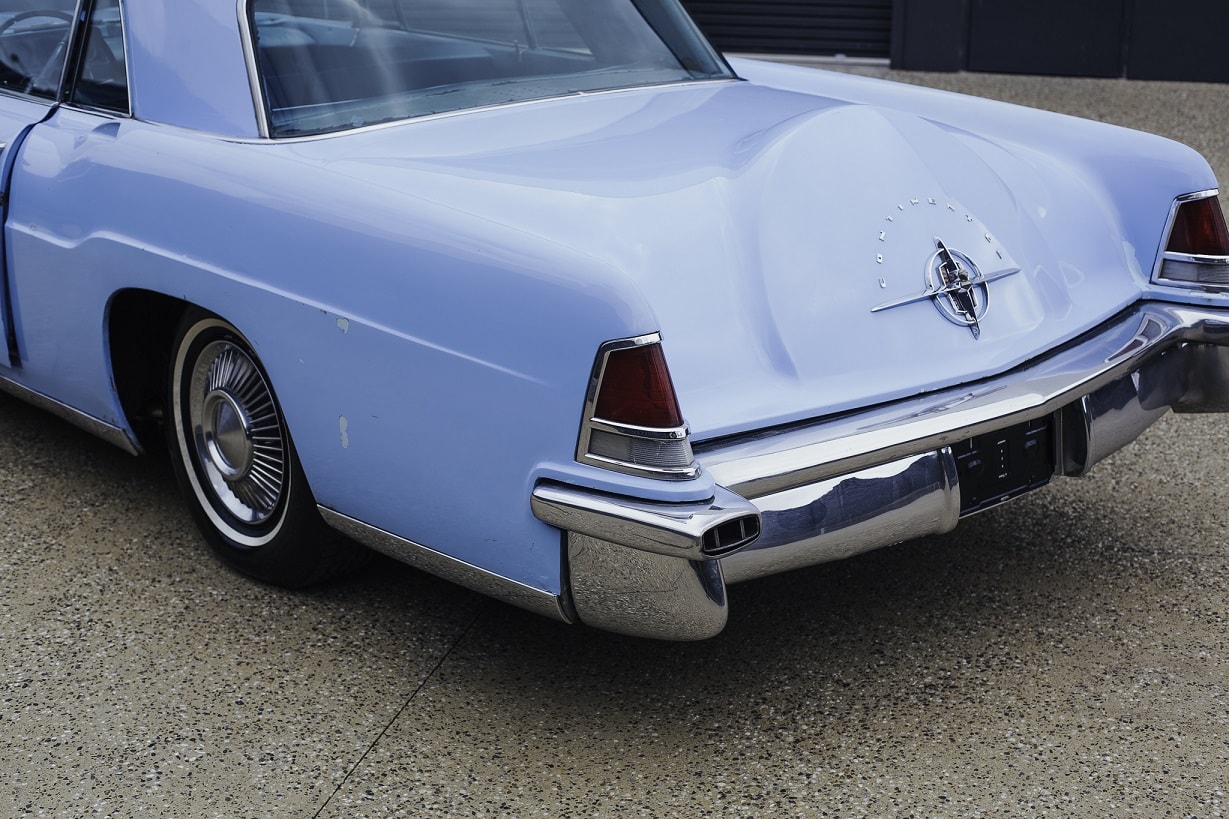 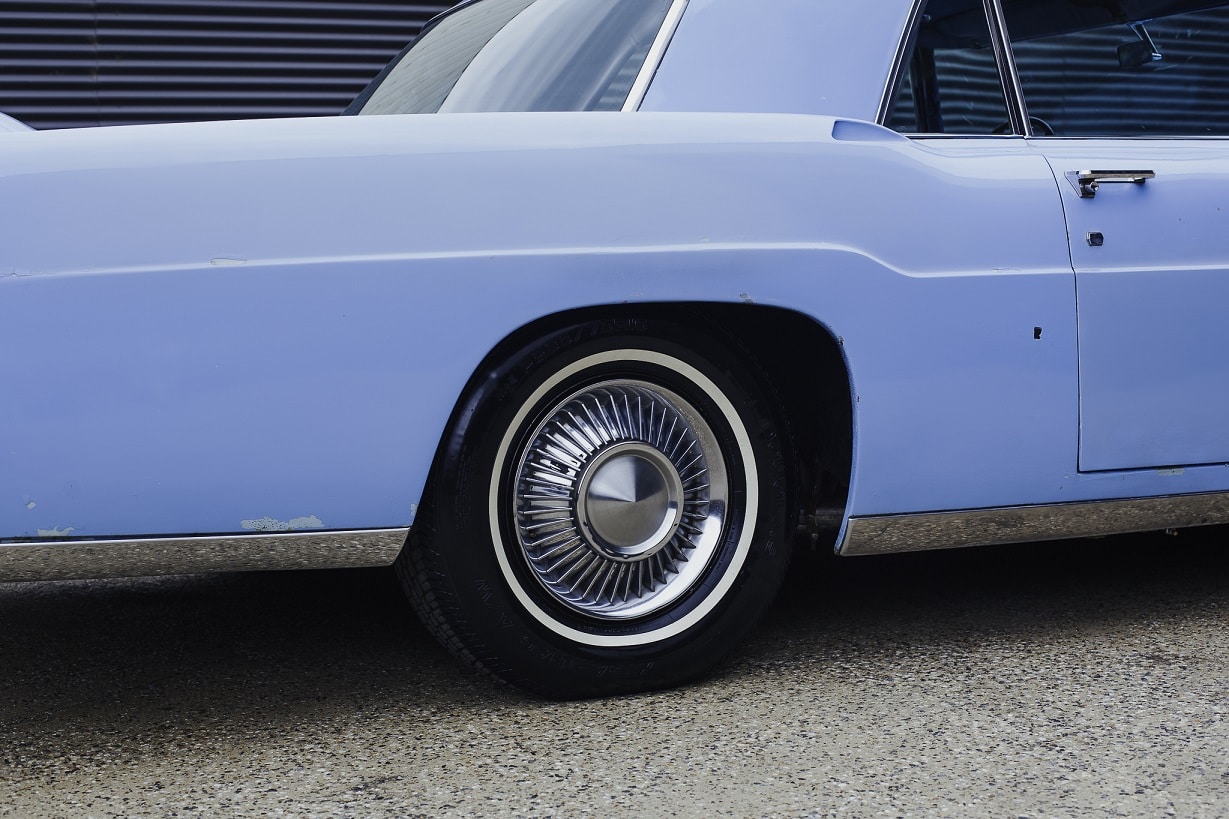 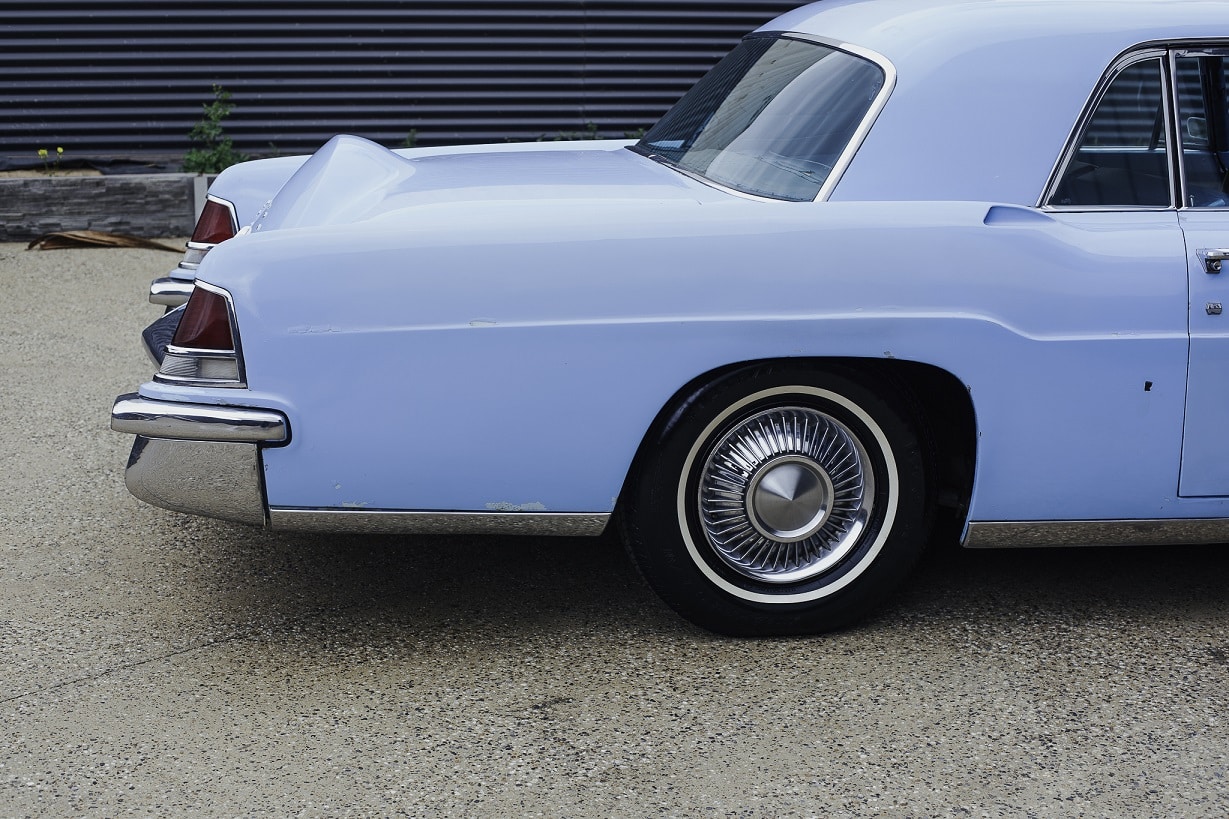 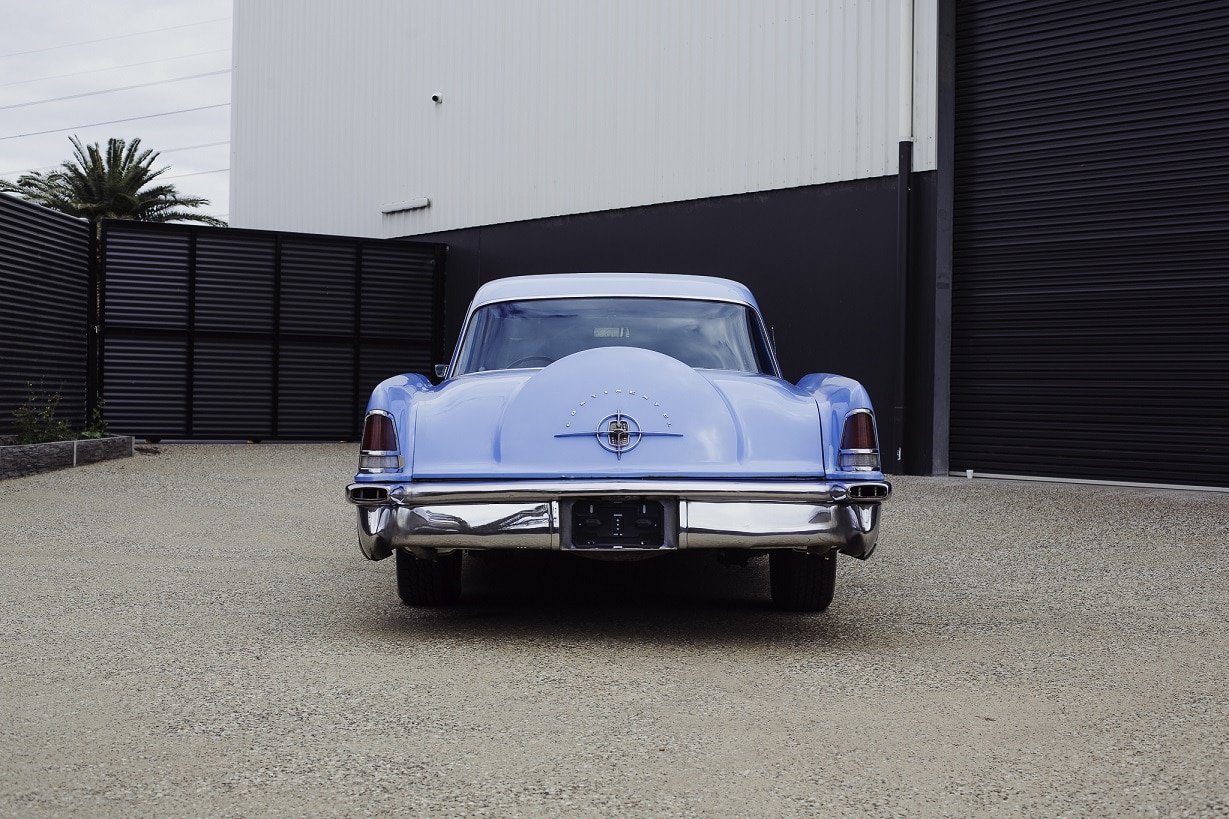 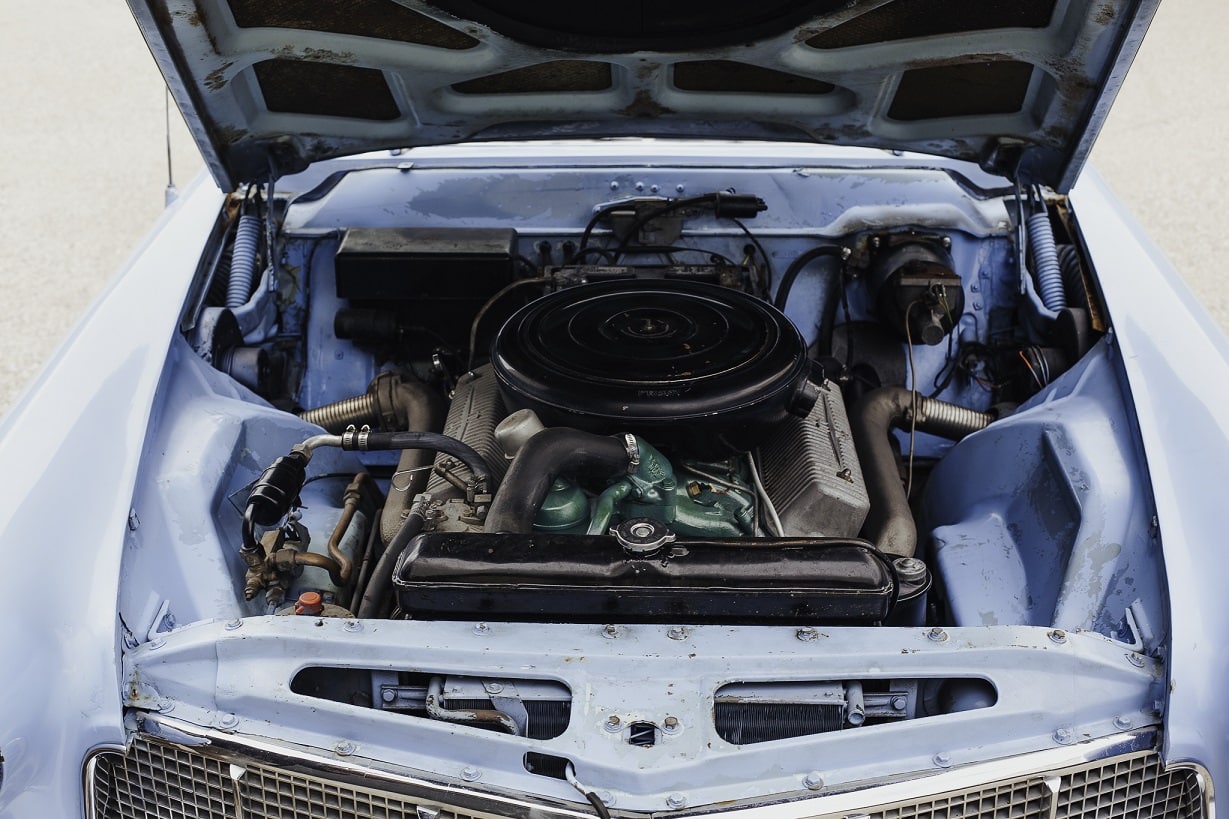 Joe’s Golden Gasoline is very proud to present this very rare and seldom seen 1956 Lincoln Continental Mark II. The ultra-luxury automobile was developed by the newly built continental division of Ford in 1956 and 1957. They were known worldwide as the flagship vehicle of the Ford Motoring company. Under that king size hood sits a powerful 6L, 4bbl 368Ci Lincoln Y-Block, big block that produced 285HP. The shove from that massive lump of bent eight iron, was sent to the continentals rear wheels via the Lincoln Borg Warner Turbodrive 3 speed automatic transmission.

This vehicle is exceptionally rare because it has the factory air conditioning which is mounted in the rear trunk of the vehicle and marked by the air vents that come out near the rear window. Factory air conditioning was rare in 1956 and only 500 of the 2500 Mark II’s that year had AC. Interior is mated with a dual colour combination. Baby blue with white, leather upholstery. The continental also features many more interesting features, including power steering, power windows, power quarter windows, power bench seats, air conditioning which has its vents going through the roof.

Only 2500 were ever built and it was known as the “lead sled”, because at the factory the body and the fenders were welded individually defining the term hand built. The vehicle came together with handcrafted lead craftsmanship. This beauty is presented in the Continental baby blue paint. Chrome and ornaments all in fair condition, original hub caps included with the vehicle, 1” whitewalls on the tyres and exhaust exit back chrome bumper.

These automobiles were made to compete against the best of the best in their era including the Cadillac Eldorado Brougham, Bentley, Rolls Royce and more.. Every Mark II was assembled to order and were assembled with every feature and amenity of its era. Truly an amazing piece of automotive history.

The price we have listed indicates that the vehicle is very rare but needs work (inside and outside). We’ve priced this continental up at $54,850.

The 1956 Continental Mark II was one of Elvis Presley’s all-time favourite cars:

“No one really knows exactly why Elvis singled out the Mark II as a “keeper.” Perhaps he just enjoyed driving it. Or, maybe it was a reminder of those early years of youth and happier times – a bit of sentimentality and nostalgia. Elvis held on to the 1956 Continental Mark II until 1976, just a year before he died.”